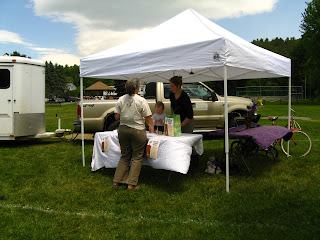 The Hartland Farmers Market received a great start at this year's Hartland Farm Fest 2010.  We were introduced by Vermont Secretary of Agriculture Roger Allbee, with a followup by Senator Patrick Leahy.  HFM manager Sharon Irwin presented Roger Allbee with some sample products provided by market vendors, and then Farm Fest gave Roger Allbee and Patrick Leahy honorary Farm Fest T shirts, which will be on sale later this summer at the market.   See you there! 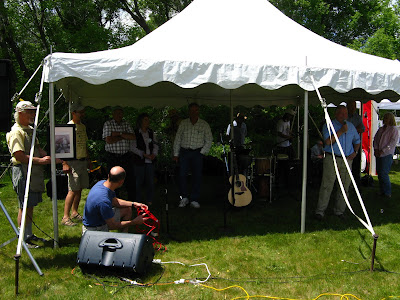 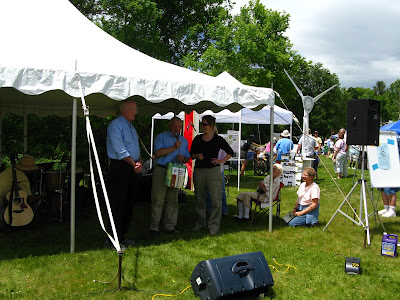 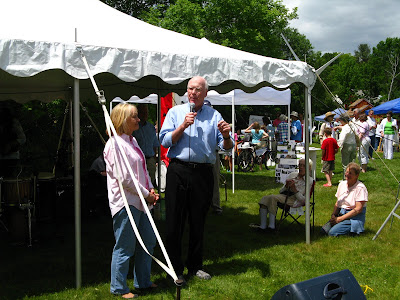 Senator Patrick Leahy and his wife Marcelle talk about the importance of farming. 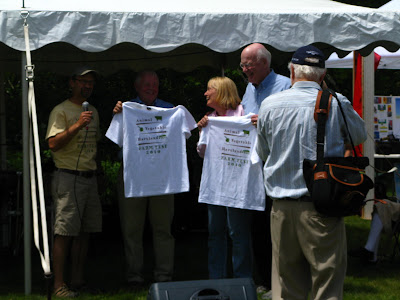 Everybody receives a Hartland Farm Fest T shirt.
(available at the farmers market later this summer) 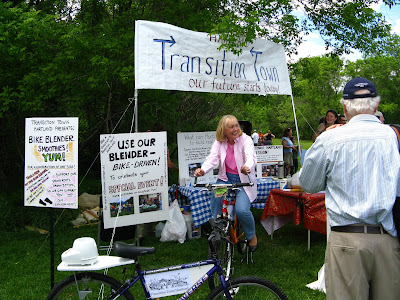 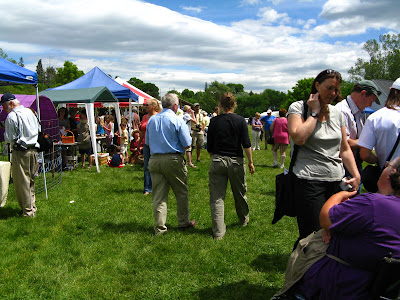 Roger Allbee and Sharon Irwin end with a power discussion of farmers markets!
Posted by manager at 9:10 PM No comments:

Sponsor of the Month